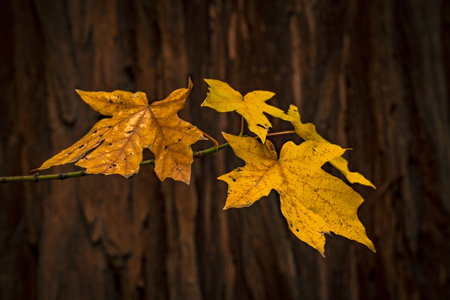 Yosemite is the jewel of California National Parks, and one of the best in the United States. For many people, you can’t travel to California without visiting this park. COVID increased the popularity of anything outdoor-related, and that includes Yosemite. Thankfully, fall is one of the times of the year when the park isn’t quite as crowded. There are a host of activities for people to do within the park. Climbing, Hiking, fishing, rafting, and of course Photography.

I met a group of eager photographers early on Saturday morning for a brief orientation and a full day of photography within this wonderful park. Fall brings about changes of all kinds. The trees in the valley start to turn from green to yellow, and the various ferns and flora on the valley floor turn a variety of oranges and gold. There’s nothing better than getting a birds-eye view of the park, so we make our first stop at Tunnel View. This is as famous a vista as there is within the park. From up here, you can see El Capitan, Half Dome, Bridal Veil Falls, and a host of other minor peaks.

A layer of clouds and chill had set in, and it really started to feel like fall finally. Being a popular spot we arrived early so the group can get a good spot along the wall. I helped explain various ideas for composition and the technical questions folks had. Though we didn’t get any color or light, it was still an amazing place to start our day!

Our second stop was a great little bend along the Merced River where the view of El Capitan was about as good as it gets! Here we worked on more compositional tips and continued answering any technical questions. Everyone has varied experiences with photography, and many people have new gear or haven’t picked up the camera for a while during the pandemic, so it’s good to get out and get some practice. The chill was real, so after about an hour along the river, it was time to go get some breakfast and head back to the hotel for a break. Before we loaded our vehicles we noticed some patches of great fall color, so we spent some time photographing the yellow flowers against the red hues of the tree bark. 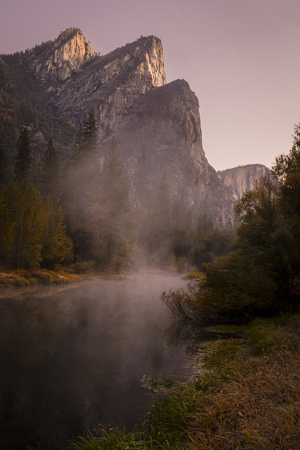 In the afternoon we headed to the high country. The weather forecast looked promising. Periods of clouds and rain/snow followed by clear skies. The view of Half Dome from Olmsted Point is awesome, and I had a gut feeling that the sunset was going to be amazing, given the forecast and call for clear skies that evening and the following day. Bad weather in Yosemite doesn’t seem to last long but brings about amazing photographs. As I told my group I would rather have this weather than flat blue or gray skies and unlimited visibility any time.

Before stopping at Olmsted, we went to Lake Tenaya. The granite peaks around this lake are spectacular and seem to go right to the water's edge. If this were a backcountry lake it would be one of the most sought-after hikes in the area, but because it’s right along the road, I think people take its beauty for granted.

The passing storm created some amazing light on the peaks. Everyone used the rocky shoreline and small pools of reflection to get some really cool shots. A few people used long exposures to get some really cool effects too. It’s not an iconic location, but the light and possibility here I felt were awesome! After an hour of exploring the lake, we set off for Olmsted Point. When we arrived the storm had started to really blow. The drizzle from the morning had turned to snow, and the wind was bitterly cold. We still walked out to the point and started to take some photos. You could tell that even though there was snow and wind there were plenty of gaps in the sky meaning, the storm wasn’t going to be around for long. Even though the storm was just passing through, it’s still no fun waiting for sunset in the cold when you don’t really need to. We opted to go sit in the cars for a half-hour while we waited. Even in the car, you could see bits of light poking through and bits of blue sky.

Unfortunately (but probably fortunately too), when it comes to safety the NPS doesn’t take chances, so when it snows hard in one part of the park they close up the road. While there was snow blowing in our area, none was sticking to the road. However it was allegedly “pretty bad” farther east, so they decided to shoo us all off the mountain. We headed back to the hotel happy with what we captured so far!

The next morning we woke determined to make up for our previous disappointment and headed to Merced for a different angle of El Capitan and the 3-Brothers, Not to be confused with the 2 neighbors, farther west (LOL). The cold temps brought the fog to the river, and for a while, we had some nice moody conditions! The weather was cold on day 1, but today was a lot colder…the seasons were definitely changing. After our first stop along the river, everyone was ready for some coffee and breakfast. 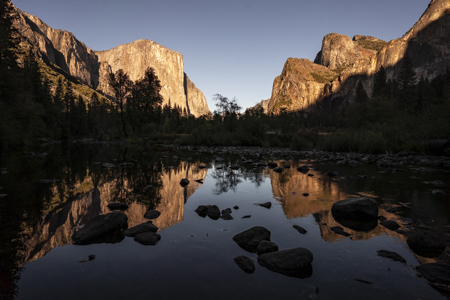 The next stop was a little inlet on the river I had found that due to the lower river levels made for a great view of El Cap, and had probably the best reflections I’ve ever seen of the mountain in the river. The group was thrilled with this little spot, and it’s something that I’ve never seen before in all my explorations of the park. It’s sad the river was that low, but we did get some great shots!

It was time for a break and post-processing. I like helping people bring out the best in their images. Not everyone brought their computers, but those who did were happy to work on images and share them with the rest of the group. I was able to take a few photos that people weren’t sure about and work to make the sparkle a little more. Post-Processing is key to making good photographs, better!

The afternoon we spent in Cooks’ Meadow photographing Half Dome from various angles. This meadow region is great for a variety of different angles and compositions of this iconic mountain. For sunset, we went to Valley View, probably the second most iconic vista of Yosemite. This time of year the river is slow, and the reflections and color are much better! Each year brings or removes logs from the shoreline, which further creates different possibilities for composition. There were no clouds to see, but that means the light is unobstructed, and really makes the faces of the granite glow with that warm orange-red. I’ve seen this vista so many times, but it never gets old and it was a perfect way to end a fun weekend in Yosemite with a great group!