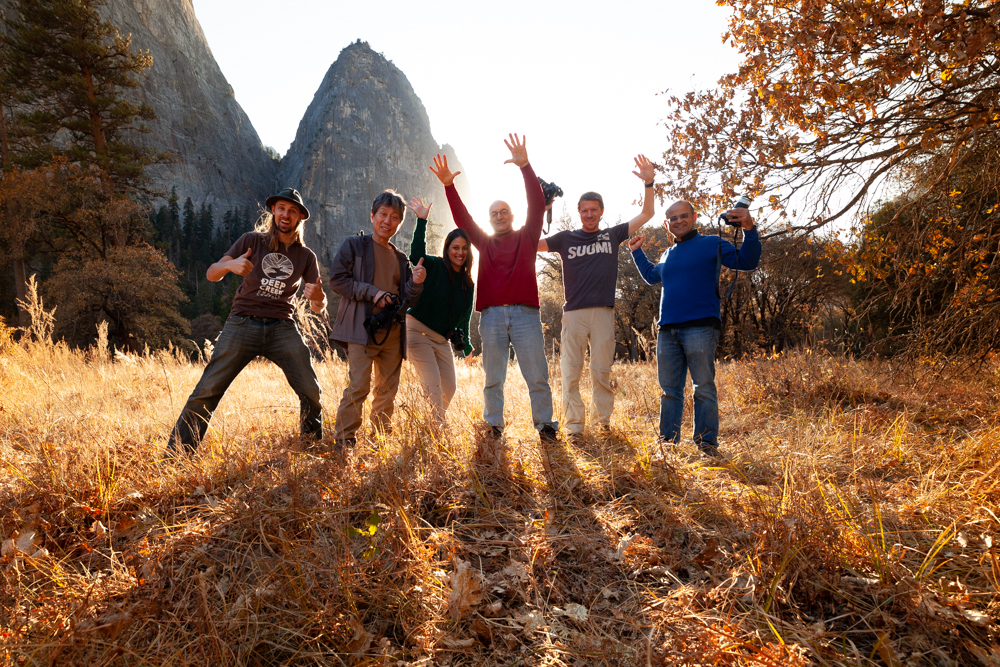 Yosemite is the crown jewel of the Sierra Nevada. It was the first land to be protected by the federal government and one of America's first National Parks. After the busy months of summer have passed and the Autumn air begins to cool, magic fills Yosemite Valley as the fall foliage turns yellow and gold. The scent of leaves permeates the air while the southern light shines through the valley with incredible grace.

On the evening before Aperture Academy's workshop started, I met a group of photographers who were eager to warm up their trigger fingers. I hosted an orientation so the group could get to know one another. After the orientation, we headed back to our rooms to get a little shuteye before the early rise the following morning. 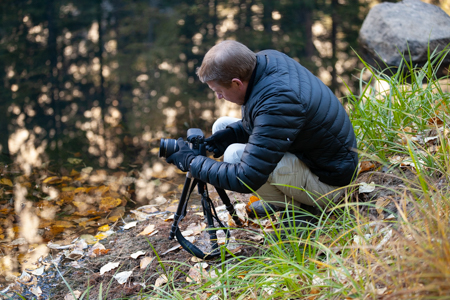 We piled into "ApCab" at 6:30am for our first sunrise shoot. After a short drive into the park we arrived at our first location overlooking the Merced River and El Capitan. Here we waited for the first light of day to come down and paint the face of the rock gold. The group worked the scene for a decent while before we packed up and headed to our next location. The Three Brothers is a series of three peaks that also catch the first light of morning. There was only one other photographer in the area when we arrived so we had the entire river bank to explore the views of Brothers as well as El Capitan. After about an hour in the area we packed up and headed to the Yosemite Lodge for breakfast. After breakfast we headed back to our hotel for a midday break.

The group reconvened at 2:45 to head back into the park. We stopped at a quaint area called Fern Spring where the group split up into two. Some folks started off photographing the spring while others headed down to the river to start working the scene. We spent a decent bit of time at the spring before heading to a little known spot along the Merced River that overlooks Halfdome. We were some of the only people there for sunset. After sunset we made the short drive back to the hotel to prepare for the following morning. 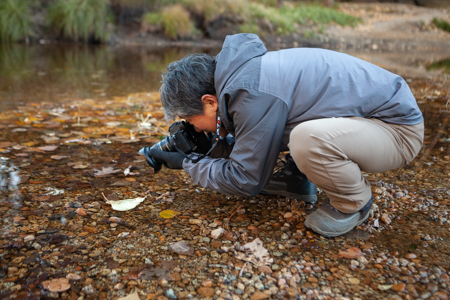 The following morning we woke up a little earlier because I knew that we were going to the most popular sunrise location in Yosemite. Tunnel View is one of the most iconic locations in the park but is also one of the busiest. We arrived at Tunnel View with plenty of time for everyone to get a good spot for the morning light. We shot until the light was grazing El Capitan. At this point we headed to swinging bridge to shoot some intimate exposures of the fall foliage in the river. The morning was getting away from us so we once again visited the Lodge for some breakfast.

After our afternoon break we headed to Bridalveil Falls to shoot long exposures in the river. This is a fun spot for photographers to really challenge themselves by dissecting the scene. Folks worked with the cascades and then we packed up to head to Valley View for sunset. Valley view is another classic location, so we made sure to get there with plenty of time to find a good composition and to beat the crowds.

After sunset, we headed back to the hotel where I invited the group to join me for the last dinner of the trip.