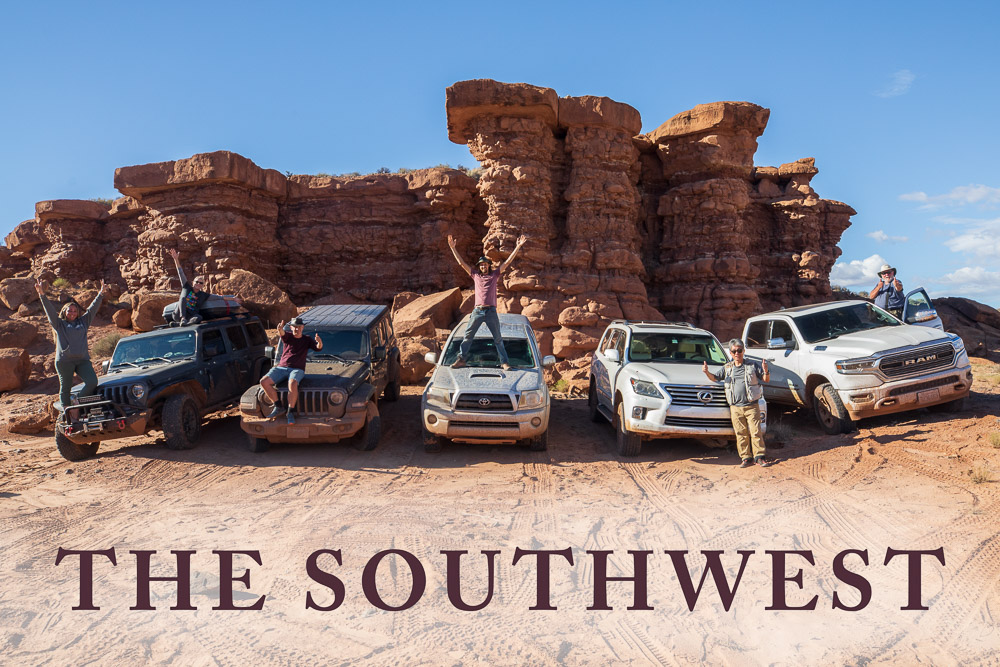 There are few places in the US that are as vast and remote as Bears Ears National Monument. Bears Ears is a hidden gem within the Southwest. While hordes of visitors crowd the National Parks every year, few brave souls venture into southeast Utah which is why we love it some much at Aperture Academy. A high-clearance vehicle is needed to reach many of the shooting locations and almost all of them require a modest hike as well. Due to the remoteness of our shooting locations, we camp out in order to make the most of our time in this rugged region.

On the first morning of our trip, we visited one of the area’s most famous Anasazi ruins. We were a little worried that the trail might be flooded due to recent rains but luckily for us, it had dried out overnight. After about a mile of flat hiking, we reached our destination and began to photograph the ruins, as well as a small handprint, etched into the rock. After hiking back out the way we came we drove to another heritage site that was a short drive down the road. This time we photographed a large pictograph of a bear utilizing our telephoto lenses.

After a full morning of photography, we slowly made our way down a bumpy dirt road to our first campsite. The campsite overlooks the Valley of the Gods and we were lucky enough to have some incredible reflection pools. Some of the small pools even had brine shrimp that we were able to watch swim about. After sunset, we headed back to camp for a home-cooked meal prepared by Monique and stories around the fire.

The next morning our group walked to another vista for sunrise where we photographed the Valley of the Gods. After a good morning shoot, we hiked back to camp for a delicious breakfast. After breakfast, we packed up and drove out to our next campsite. The group set up camp and enjoyed a quick lunch before heading back out for our evening shoot which consisted of a ruin and an iconic canyon overlook. After sunset, we returned to camp for dinner and a fire. And of course smores! We shared a few more stories and it was time to hit the hay so we could be well-rested for our early morning the following day. 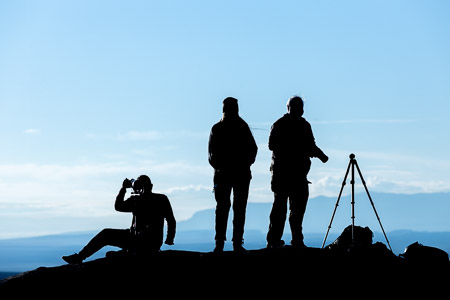 In the morning we had a short but bumpy ride to our hiking location. The trail took us into a beautiful canyon and to my favorite ruin in Bears Ears. The group shot the ruin from a variety of angles before hiking back out for one more camp breakfast. After we filled our bellies, we packed up camp and headed to The Patio Drive-in which is one of our favorite burger joints at Aperture Academy.

After a well-earned lunch, we headed back to Bluff to check into our hotel rooms. Some folks decided to stay in the last evening for some much-deserved rest while others went out for one final shoot. The original sunset plan had to be scrapped due to an impassible road but that did not stop us from shooting. We drove to a nearby pictograph that is situated high up on a bluff and depicts a large gathering of people. After our perfect sunset, we took the most direct route back to the vehicles and defiantly did not get turned around for a moment.

We wrapped up the evening with more stories and pizza around the fire at the hotel. On our last morning together, we met up for a few hours of post-processing before saying our goodbyes. This is by far one of the most adventurous workshops that Aperture Academy leads and I look forward to it every year. This year's group was fun and adventurous!