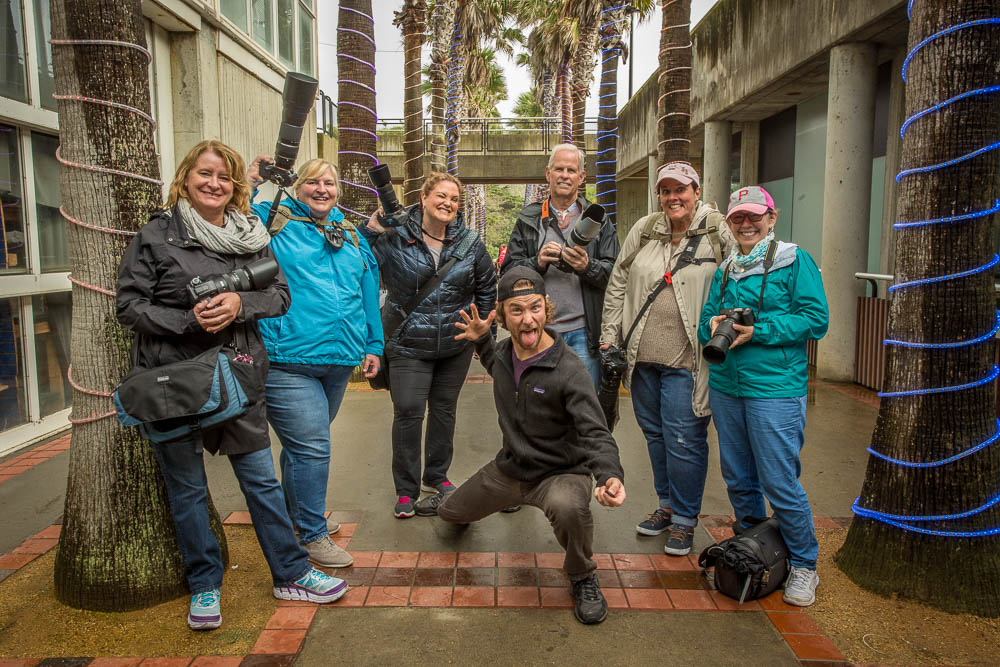 It all started on a lovely Sunday morning at the San Francisco Zoo. I met up with a group of photographers ready to learn some new tricks and see some cool animals. When I arrived at the parking lot to meet everyone I quickly realized that it was raining - a lot! We decided to give it 20 minutes while we did a brief orientation. As we finished up hearing from the last of our group we looked around and the clouds had parted. Good fortune was on our side as we headed in to meet our furry friends.

Our first stop of the day was to visit some bright orange monkeys. They were busy running around their mother taunting and playing with each other - good old fashioned monkeyin’ around. The students got a chance to witness the little ones nursing and jumping around on the rocks and trees.

On our way over to see the grizzly bears we stopped in to check on the Mexican Grey Wolves. The three wolves were looking a little soggy after the rain but one of them did some laps while the group nabbed some nice close ups and practiced using their rapid-fire function on their cameras. 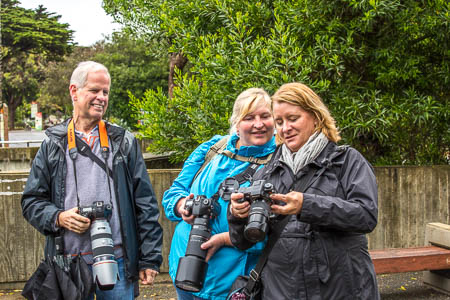 Next we stopped in to see the grizzlies. These two orphaned cubs are a zoo favorite and a great example of how zoo’s can help animals that would otherwise die at the hands of men or the wild. After checking out the the bears we went across the path to see our bald eagle friend. The big bird was taking advantage of a nice low branch to take an afternoon rest. I helped the students use their exposure to lighten the eagle and explained how moving locations can sometimes help the camera’s ability to expose properly.

Now that it was getting a little bit later, the group was getting hungry so we headed to the cafeteria for a bite, making a few quick stop on the way.

After lunch I noticed that the chimpanzee’s were out soaking in some sun. We decided we had better check them out and see what was new. Two chimps took turns hamming it up for the cameras before we set off to see something new. 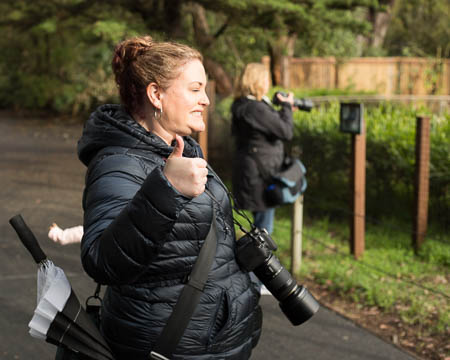 After chimp-town I asked the students if they would rather see gorillas or big cats. They, of course, chose big cats. Our first stop was the lion pen. The big male was out with its cub and provided the group with some amazing opportunities. After they all grabbed some great images they moved on to the Siberian Tiger. This one took patience. Since it wasn’t looking right at us, the group had to wait and fire when the iron was hot.

This was a good lesson in wildlife photography. It is so rare that an animal gives you the perfect look right away. Many photographers try for months or even years to photograph one species well.

After a quick stop to see the hippo splashing around, it was time to part ways. A few of the students decided to stay for a little while and see some more animals, and a few were ready to go home. All in all it was a great day at the zoo with a great group of photographers.

Phil and the rest of the Aperture Academy team