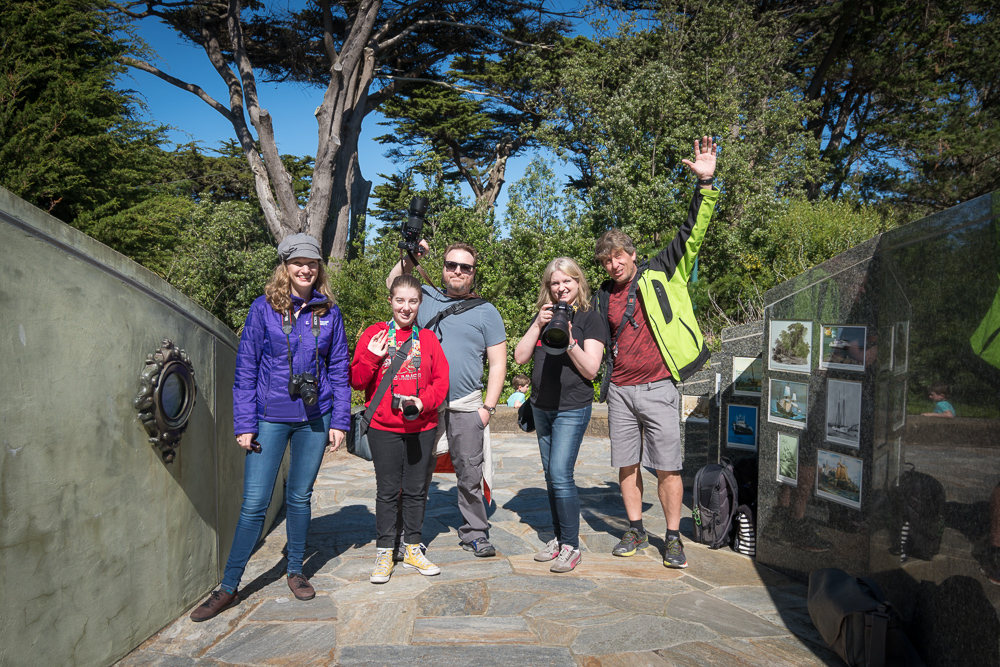 San Francisco's best weather seems to come at the end of the summer, or at the end of the winter… and it could not have been any better for our recent Introduction to Wildlife Photography at the zoo. The zoo is a perfect place for photographers to learn and practice many of the skills necessary for successfully shooting wildlife portraits, and we take full advantage of that for an entire afternoon.

Our group met up outside the zoo where a brief orientation allowed us to get to know one another and go over some of the details about our cameras and the various settings that we would be using throughout the day. In short, that means that we will not be shooting in full “automatic” mode, but instead will be setting up the camera to shoot in Aperture priority mode, and in some cases, Shutter priority mode. With wildlife photography, shutter speed matters. Animals move, and in order to capture sharp images, those shutter speeds have to be FAST! After some brief discussion on this topic, and how ISO factors into the equation, we picked up out bags and headed into the zoo and start shooting.

Just inside the gatehouse, the Lemur forest is one of the first exhibits we visit. I like stopping here to get people warmed up on their cameras. It is also a good place to talk about isolating our subjects in even light as much as possible to avoid capturing just animal silhouettes or having bright distracting areas within the frame. These tips will apply throughout the entire day and really help to get us seeing thing “like a camera”. 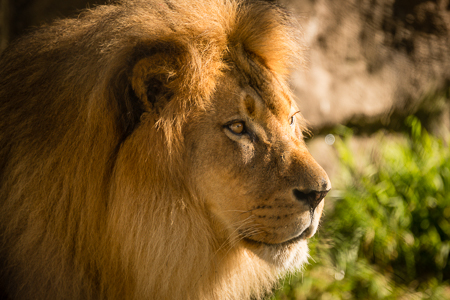 Lions, and tigers, and bears were next on the agenda. With the Grizzly bear feeding happening at a specific time, it is important to know the zoo, and its schedule, so we made our way to the big cats with enough time to ensure that we would not miss the bears. The big cats are always a little bit of a crapshoot, but we lucked out with the light at the lion yard. Everybody was able to get some nice shots in the filtered sunlight while the lion was up close to the fence in front of us. This also made for a good opportunity to demonstrate how with a wide enough aperture, and precise focusing on the subject, shooting through a fence can work very well. I was able to demonstrate how sometimes using manual focus is just easier than letting the camera try to autofocus for you.

We quickly headed over to Grizzly Gulch where the feeding has just begun. The bears where running around in the water, and on the land as the gobbled up all of the fish and vegetables they could find. Because most of the shots at this exhibit are through the glass wall, I gave everybody some pointers on how to avoid as much of the glare as possible and also explained that the green tint can be easily corrected for when post-processing - also a good reminder example of why we are alls et up to capture RAW images instead of JPEG.

When the grizzlies had had their fill and wandered into the shade to rest, we continued on to the wolves and polar bear to see what they were doing. The wolves were not really game to come out and pose for us, but the [polar bear was chilling out in the shade and was kind enough to pose for some nice portraits before we continued on. 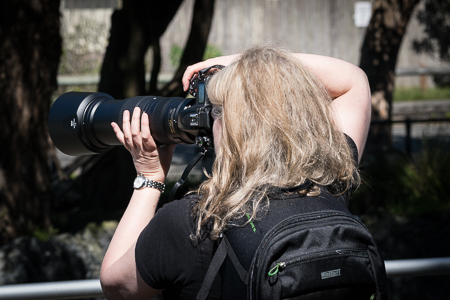 Out next stop was the tropical rainforest and aviary, which is an indoor exhibit and can be warm and humid. It is also quite a bit darker that the outdoor exhibits, so i reminded everyone to go ahead and bump up the ISO on their cameras in order to keep shutter speeds high enough for sharp pictures. After a productive morning shooting, we were hungry and ready to rest the legs for a little bit, which mean one thing... lunchtime at the Leaping Lemur Cafe!

Just outside the cafe, we spent some time with the flamingos and chimpanzees before heading to Africa. Along the way, we tested out sharpshooting skills on the blindingly fast Patas monkeys as they raced around their habitat like their pants are on fire. The rest of the afternoon was spent in Africa, where the silver-back gorillas, giraffes, and zebras are always fun to work with. By this time of the day, the group was comfortable with their cameras and dealing with the various lighting conditions on the animals we were seeing. The giraffes were being fed, which made for some great up close and personal shots of their animated faces and long eyelashes. Our time was winding down, but we made sure to hoof it over to see the Red Pandas, ending the day with a "cute overload”. And with that we finished up a fun afternoon of learning and practicing many of the skills it takes to photograph animals in the wild. Even though we are shooting in a controlled environment, the animals are still wild. They will move around, interact with each other, so it is important to be prepared and practiced.

Joe and the rest of the Aperture Academy team