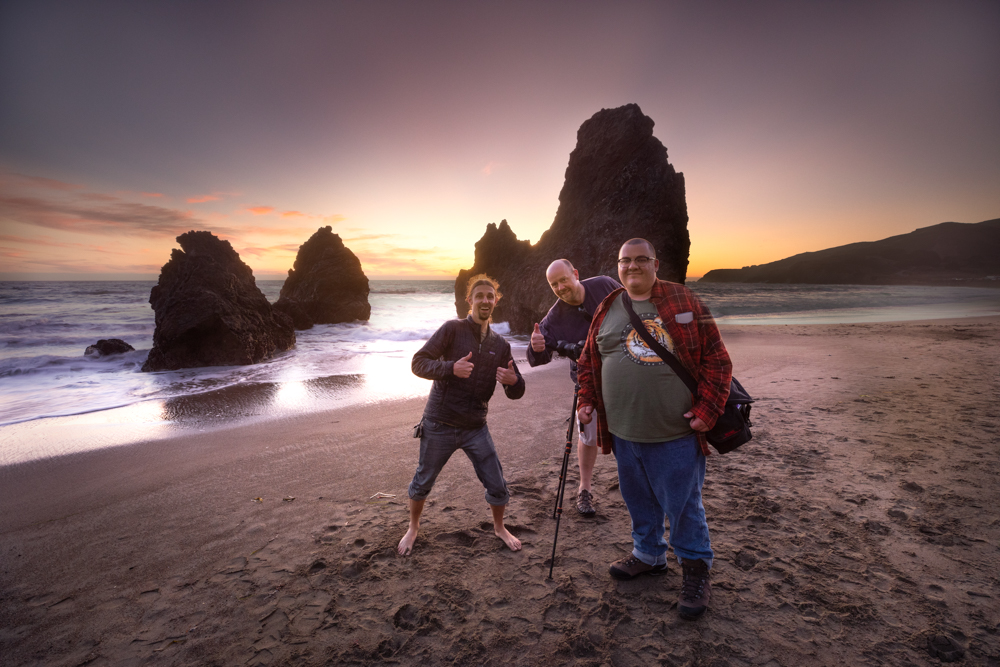 The San Francisco bay has so much beauty that it’s almost overwhelming. From cityscapes, to trees, and bridges to beaches. There’s something for everyone. We headed to Battery Godfrey for the first stop of our workshop. Here I explained the basics of landscape photography and pointed out a few different compositions that included the Golden Gate Bridge. After about an hour or so of shooting we packed up and headed back to the north side of the bridge.

Since our van is considered a bus, we were able to take advantage of the bus only parking on the north side of the bridge. From there, we walked to the north tower of the golden gate to shoot the cable and tower in some really nice fog that was mixed with patches of blue sky. The group got their shots and we headed down the hill to Sausalito for a quick dinner break.

After dinner, we made our way to Rodeo Beach. Rodeo is an often overlooked yet iconic beach with some impressive sea stacks. Here I showed the group a couple of different compositions that they could work on. Some included very quick shutter speeds, while others required very long shutter speeds. We continued to shoot on Rodeo Beach until the sun had set and the blue hour had begun.

We hikeed back to the van in the little light that we had left and headed up to the Marin headlands to shoot the Golden Gate from above with the impressive glow of the city behind it. The shots turned out great and before we knew it that workshop was coming to an end. By 9:30 we were back in Mill Valley where the workshop had begun. There we said our goodbyes and parted ways.