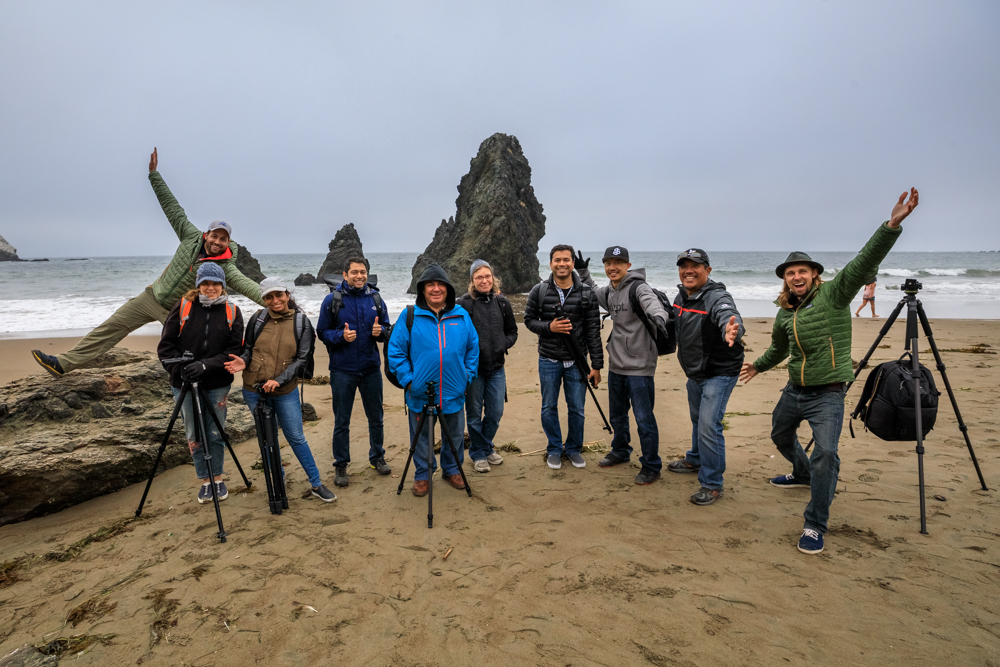 On this particular Saturday, a wonderful group of eager photographers joined Mike Wardynski and I for a full day of photography in the Marin Headlands and some of the more secluded areas around the Golden Gate Bridge. 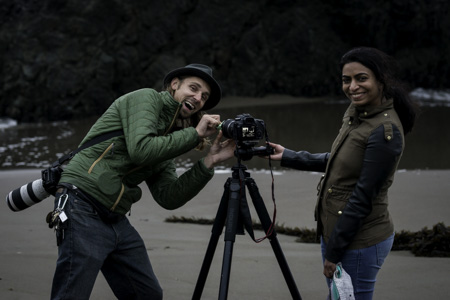 While it is fun to work with the class on the basics and most folks have a pre-determined vision of what a classical location like the Golden Gate Bridge, the real fun of photography is never knowing what you might get each time you go out to shoot. And today; San Francisco’s friend “Karl the Fog greeted us. While, some folks might not have expected that… Mike and I explained how part of unique and compelling landscape photography is capturing what nature give you, and something like the Karl and the Golden Gate Bridge has a whole difference essence than a blue sky with white puffy clouds.

After working our way around Battery Godfrey, we all jumped back into ApVan and headed over the Golden Gate Bridge to Sausalito for an early dinner. While at dinner students asked questions, shared stories and hopefully got to make some new friends.

After our meal break, we headed through the Marin Headlands. The main goal; Rodeo Beach. The tide was out, which meant we were able to head all the way out to the sea stacks and with the recent winter storms there are all sorts of new foreground rocks. Here we brought out the neutral density and graduated filters; showing everyone how to get those long silky exposures and how to use water movement to create long leading lines to the seastacks in their photos. 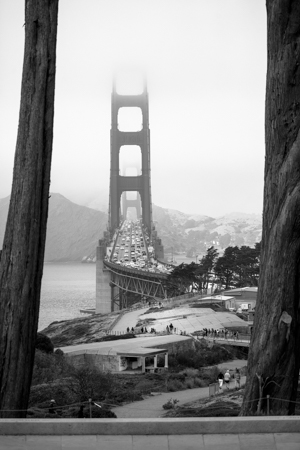 While shooting the seastacks; Mike and I shared biggest secret in we know about shooting seascapes… you have to be willing to take your shoes off, roll your pants up and get your feet wet. Some students immediately jumped right in and were laughing and smiling while seeing how being closer to the water brings a sense of action and drama to their photos as their shutters where popping off left and right.

Once we finished shooting the seastacks we were joined by another group of photographers who asked if we wanted to join them for some light painting as the first blue hour color starting coming in. We all decide this come be fun and something different.

Even though we had already photographed the Golden Gate Bridge, there is nothing quite like seeing “Goldie" shine in the night. So we left Rodeo Beach and headed back up thought the Headlands over to Fort Baker to get a little taste of night shooting. This gave the group a chance to work with longer exposures required of night photography.

When we got to Fort Baker we realized just how tough that darn Karl can be in the summer, as we were greeted by heavier fog then we had seen earlier, hiding most of the bridge. After a quick discussion on long shutter speeds and ISO for night photography, the group decided that even if the full bridge wasn’t visible, they wanted to shoot because the fog provided a new and unique photo opportunity. As sounds of shutters clicked, they were almost immediately followed with voices of “ohh, that’s beautiful."

Aron, Mike, and the rest of the Aperture Academy Team