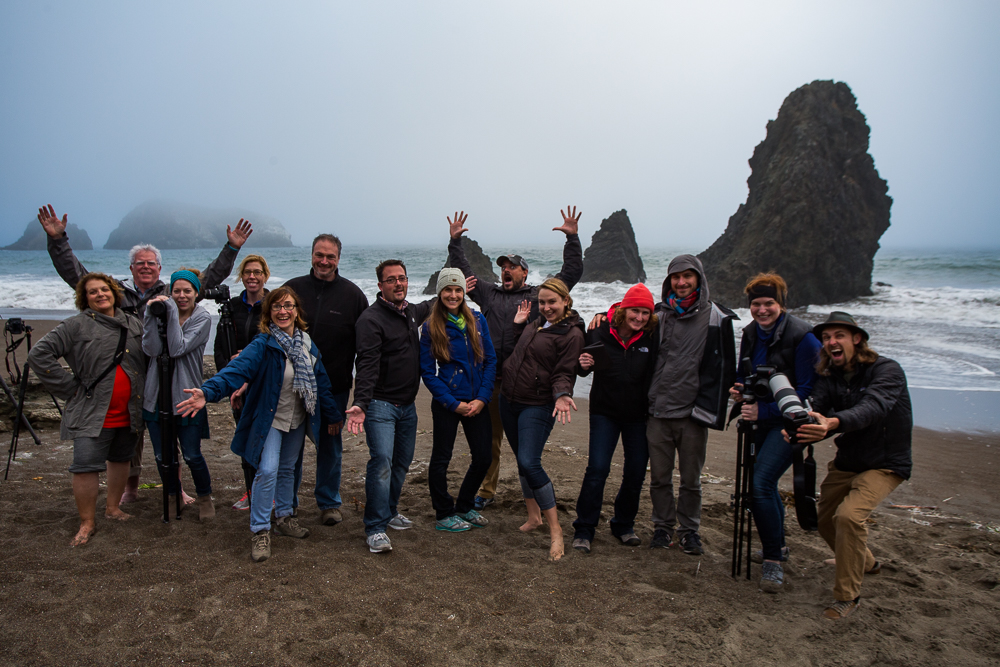 San Francisco is a mecca for photography. The city itself is beautiful, with the city lights, architecture and skyline, but the areas surrounding the immediate city are also fantastic places for photography.

From the Alviso wetlands, all the way up to the Marin Headlands, there's something to see just about everywhere on the map. And every month, the Aperture Academy hosts a group of students to embark on a photographic sightseeing tour of the immediate area of San Francisco's north borders.

This weekend had me working with relative newcomer to Aperture Academy, Mike Wardynski. Mike's no stranger to photography, or teaching, and between him and I, we had a lot of fun teaching, and learning, with our group of students.

Another gorgeous day in San Francisco called for another fruitful day of photography. The previous night's workshop had a little bit of a run-in with San Francisco's resident cityscape party-pooper, Karl the fog. Would today's workshop get a little respite from the fog? We all hoped so.

We had eight returning students from the last night on this workshop, so our customary round of introductions went pretty quickly, and we got right into talking about how the day would progress, while everyone crossed their fingers and toes with the hope that Karl would be too tired to make an appearance again. 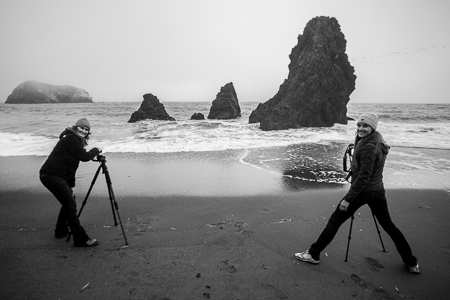 Our first stop (through the maddening crowds of cars trying to make their way north across the Golden Gate bridge) was at Fort Point. Located directly underneath the Golden Gate's south tower, the fort boasts four levels of fun areas to capture pictures. Mike and I split the group in two, and for the following hour and a half, we led them around the fort, finding some cool imagery.

My group stopped first at the powder room, where hundreds of black powder kegs adorn wooden shelves in a brick bunker, far away from the fort's coastal walls. It's dark, kinda creepy, and a little claustrophobic down there, so I taught my group how to use longer shutter speeds to create a ghosting effect from moving subjects.

From there, we moved on to the officer's quarters deck, where the long corridor of hallways all line up perfectly and create this really neat looking vanishing point. We also did some work with the spiraling concrete staircases. 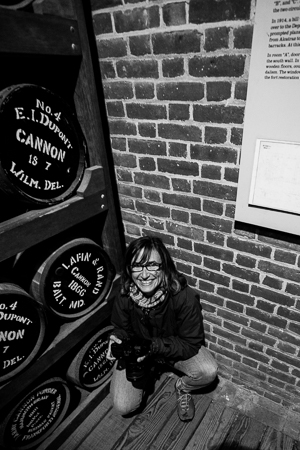 Our last scheduled stop was on the other side of the fort, looking down an open hallway and admiring the brick archway gallery, which once housed the cannons that protected the fort and the San Francisco Bay. After all that, Mike and I let our groups roam free, even though most of them chose to come with us to the top level for some breathtaking views of the Golden Gate bridge.

After a meal break in Sausalito, we headed over to the Marin Headlands, via the Hawk Hill tunnel, and landed at our sunset spot for the evening... Rodeo Beach.

This beach is famous for the three sea-stacks that rise prominently from the water's edge out at sea. With the tide pretty low, I explained that some of the best examples of photographs from this spot were sometimes IN the water, but Mike and I warned about the dangers of salt water and camera equipment. And to our astonishing eyes, more than half of the group took off their shoes and socks and rolled up their pant legs....

The tide was pretty calm, but it was still cool to see half a dozen photographers running around, in and out of the surf. Eventually, Karl reared his ugly head, and we were greeted with sunset colors for all but a fleeting moment, while Mike and I hopped around from person to person. 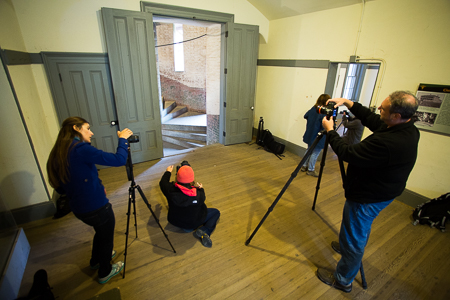 This time of day, with the fog rolling in as thick as it did, it actually worked out nicely for shooting in black and white with longer shutter speeds. But as the light began to fade, it was apparent that we should head back. So we made a quick stop at the showers to have everyone wash off the salt water from their tripods, and we headed out.

As we made our way to the next objective, it was becoming apparent that the fog was thickening. So Mike and I told the group that we would try three more spots to see if we could get around the fog and photograph the Golden Gate bridge.

Our first stop was up at Hawk Hill, where we tried to peer over the fog... bust. No matter; we turned around and headed down to Battery Spencer, hoping that surely getting closer to the bridge would have some effect. Nope.

Finally, our last resort was Fort Baker, underneath the north tower of the bridge. Maybe we could get under the fog? Nope. Sadly Karl wanted everyone in our van to return home. And thats the way it is sometimes. But all in all, in spite of Karl's late games, we had a fantastic day, nearly unimpeded until the bitter end. And it was fun!