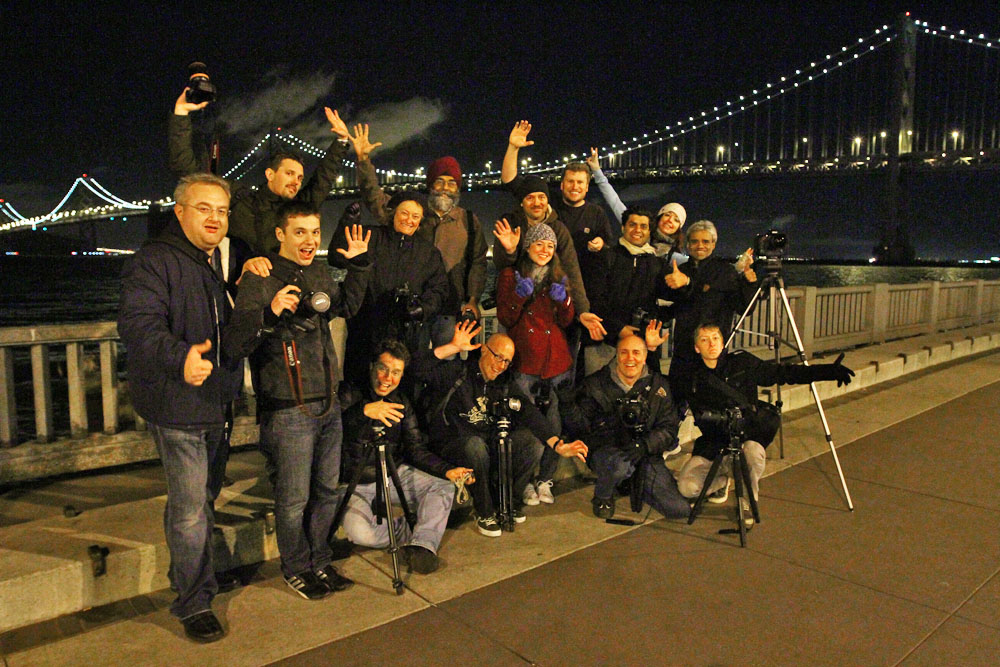 Night photography for most people sounds difficult and mysterious, but the reality is that it's one of the fun, creative and easy types of photography to learn. The real magic of night photography is that what you capture in the camera is often not visible with your eye. Long exposures capture streaking light and smooths out rippling water, making for unique captures not possible during any other time of the day.

Instructors Stephen Oachs and Ellie Stone met the group of 13 students in San Francisco at 6pm for orientation. We spent the first 15 minutes talking about the locations we would visit over the course of the night, everyone's equipment and of course, introductions to get to know one another. 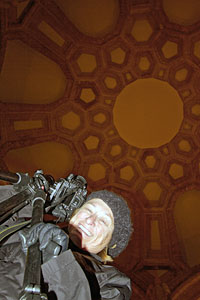 From orientation, we loaded up into the passenger van and headed off to our first stop, the Palace of Fine Arts. No matter the weather, this is a fantastic location for photography and on this night, we had a crystal clear sky and the rare alignment of the moon, Jupiter and Venus as a backdrop to the palace dome. This was a great place to start with the group so the group could spread out and Stephen and Ellie could work with everyone, getting to know their equipment and skill levels. We worked on long exposures, ranging from 15-30 seconds, adjusting white balance for proper colors as well as aperture to ensure a sharp depth of field throughout the scene.

We made our way inside the palace dome when the craziest thing happened...the bike group "Critical Mass" showed up and there must have been over a hundred of them! They filled the palace courtyard, with their crazy bicycles full of lights, bubble makers and eclectic garb. Students turned their cameras on the crowd and this proved to be quite a photo opportunity! 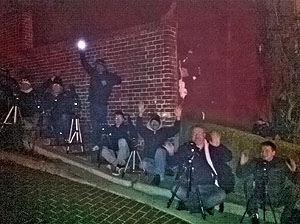 We left the palace and headed to the crookedest street in the world...Lombard Street. We setup low for dramatic compositions and timed our photographs to the passing cars, and in between did some light painting. This is always a fun technique to learn, and to do, and Stephen and Ellie got their exercise running up and down the brick paved Lombard to proved the light painting goodness that was needed for this lesson!

The Embarcadero, our last stop of the evening, is always an impressive sight at night, and on this particular evening the atmosphere was very clear and the lights on the Bay Bridge sparkled brilliantly. We spent our time at the San Francisco Embarcadero working on long exposures, some as long as two minutes, and working to fine tune compositions for high impact night photo shots. 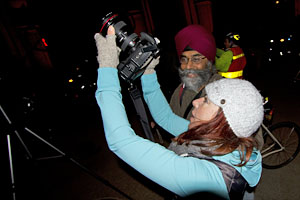 With cameras full of great new images and the clock ticking toward midnight, it was time to pack up and return to the starting point and call it a night.

Thank you everyone for making it such a great class, we really enjoyed working with each and every one of you!

Until next time,
Stephen, Ellie and the rest of the Aperture Academy Team