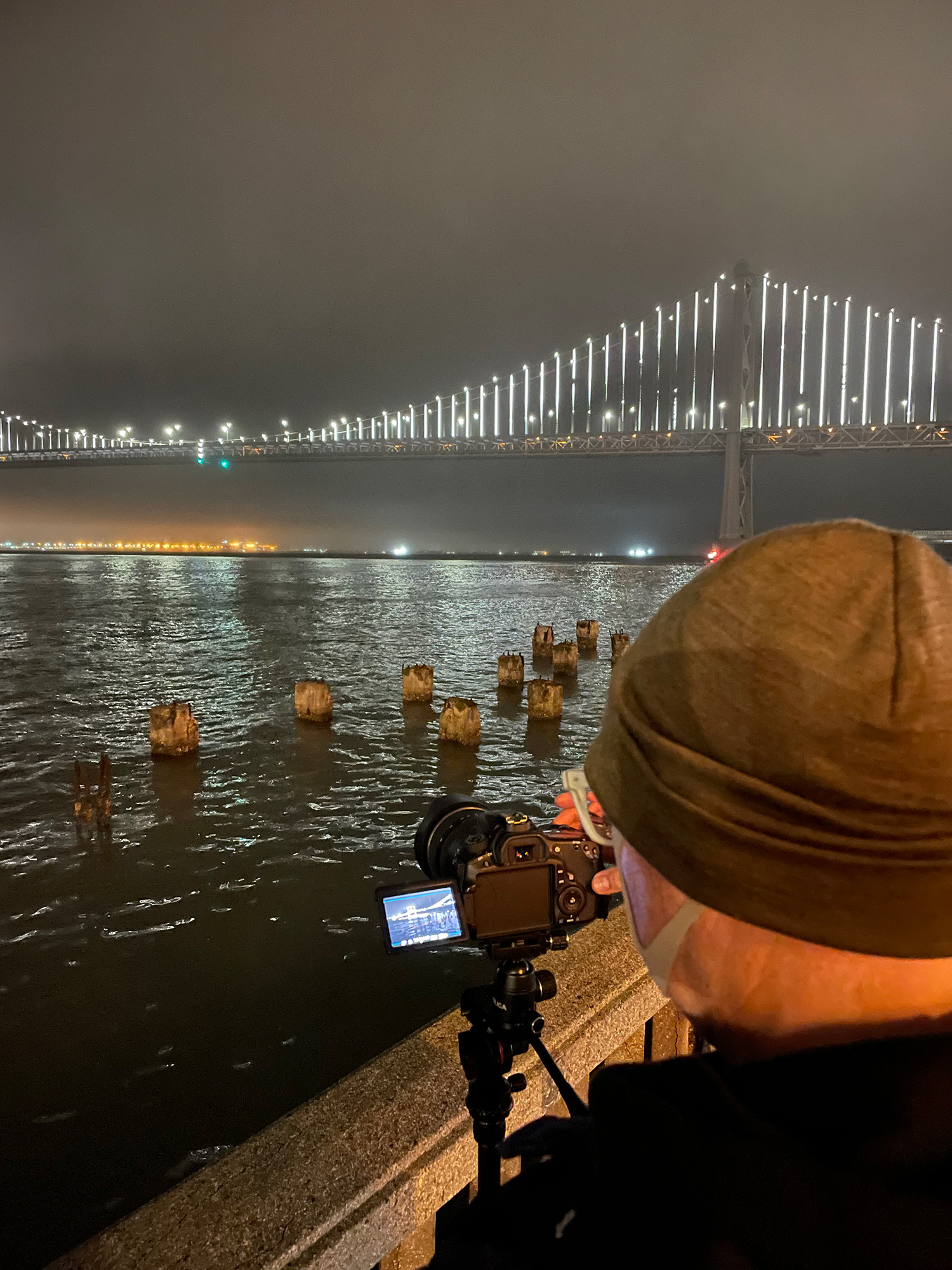 San Francisco tonight was a brisk 56° with heavy fog rolling in as we prepared for a great Friday night adventure in the city. Our small group of photographers met at our first shooting location, the majestic Palace of Fine Arts. We did a brief round of introductions and talked about the evening ahead of us. This included learning everyone’s goals and learning about the camera gear they were using. As always, one of my goals is to ensure that everyone goes home with images they will be proud to put on their walls.

As soon as our orientation was over, we started our photography adventure. As we still had a fair amount of time before sunset, we had time to explore the beautiful palace grounds. We wandered around the lagoon watching birds, watching people, and photographing some of the magnificent structures including the underside of the huge palace dome and the large Roman columns. No matter what photography interests someone has, you can find it here. Nature, architecture, people, and birds.

As the blue hour approached, we convened across from the dome at the edge of the large lagoon. We shot several angles across the lagoon of the pond and as the skies darkened, we were able to lengthen our exposures. The longer exposures allowed us to capture the reflection of the palace on the lagoon. As the lights turned on, we were also treated to the golden glow of the palace itself reflecting in the lagoon. The heavy fog continued to roll in while shooting the palace which had a nice side effect in the sky as the light reflected off the fog. After capturing many images including long exposures from various angles, we packed up to move on.

Our second stop was Lombard Street, the most crooked street in the world. Long exposures here can be amazing to highlight the S-shaped curves of the road, the brick of the roadway, plus views of Coit Tower and the Bay Bridge. We met at the top of Lombard Street and did some initial shooting of downhill traffic. We then moved down the hill and shot more images as downhill traffic came toward us. Both angles offered unique perspectives and we got some great shots. The dew of the fog was persistent, creating some challenges but also adding to the fun and learning. We were also laughing and joking the whole time. This was a really fun group! 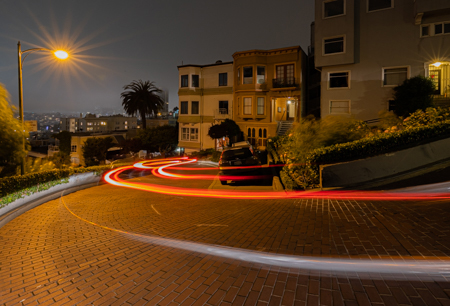 The next stop for us was the San Francisco waterfront. Along the waterfront, we went to a spot with old and tattered pilings in the water. These make for a great foreground element to capture the San Francisco-Oakland Bay Bridge with its light display and the Port of Oakland in the background. The fog was still moderately heavy so while we could see the bridge without a problem, the light reflected on the fog in the sky creating some great effects. We even had time to shoot the flowing traffic on the Embarcadero and the iconic Ferry Building as cars drove past.

After a few more long exposures, we were off again. We got to our cars and headed toward the Golden Gate Bridge. On the Sausalito side of the bridge is a beautiful and often lesser-visited vantage point. We walked out onto an old pier to capture the majestic bridge and all her glory. The fog was super thick and there was heavy dew in the air, but there was still much of the bridge visible and we were able to catch great long-exposure images of the bridge shrouded in fog. Despite the fact that technically our workshop end-time was approaching quickly, we were having a blast and we all decided to continue shooting. We even took some time to practice with simple light painting techniques using flashlights.

Knowing that everyone got great shots tonight, it was time to wrap it up. The workshop was a blast and ended with everyone finishing off the night with frame-worthy photos!