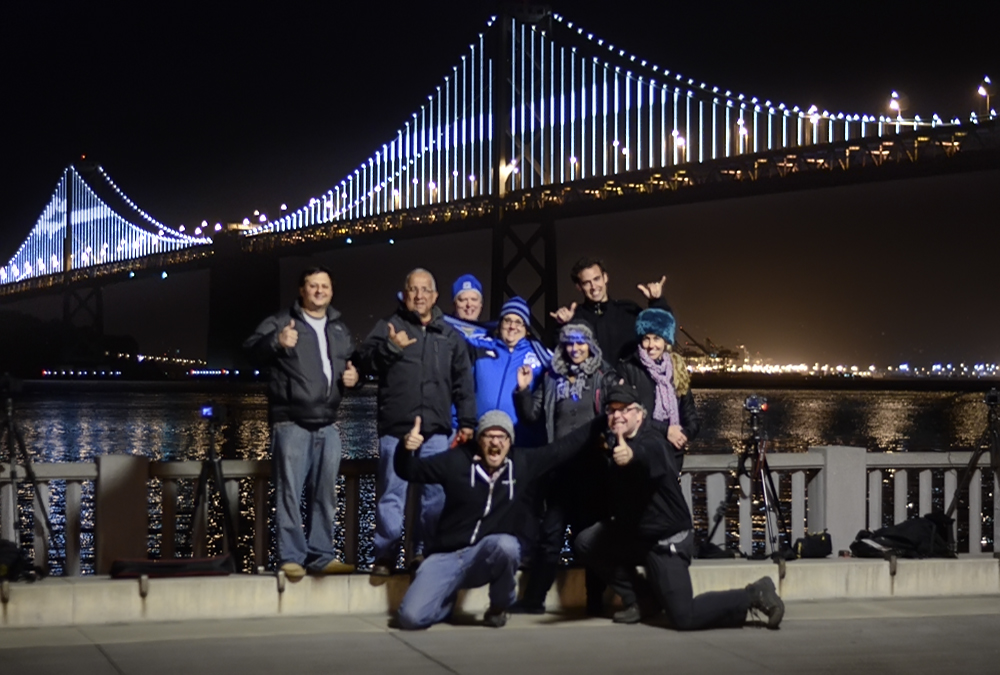 San Francisco is such a pretty place at night. Having grown up outside of the city I always look forward to teaching the night courses as they remind me that though I enjoy wilderness areas more, there is definitely some beauty to be found in the urban expanses of the world as well, and San Francisco is probably one of the prettiest.

Our trusty ApCab van was in Arizona and Utah for the week on other assignments, so it left Matt and I with smaller classes to shuttle around this weekend for the workshops. It was great to have the smaller classes, and it reminded me a lot of what the workshops were like all those years ago when Stephen and I started them and transported the folks in our cars.

The darkness comes later this time of year so Matt and I took advantage of the smaller vehicles and took the class to see the Painted Ladies in Alamo Square. These old Victorian homes are perfectly painted and when you stand at the right angle you also get a shot of the wonderful downtown skyline as well. It was a really nice scene for the class to shoot...with the exception of the wind. The best vantage point is also RIGHT in the winds path. We endured, and used the wind as a good safety lesson on why to never let go of your gear when you're shooting in wind.

We photographed until the golden light of evening had faded, and it was now time to head to the Palace of Fine Arts to photograph this beautiful structure under the blue of twilight. We start out along the pond in front of the palace, and work with the class on the proper settings with aperture and shutter speed as well as giving out some compositional tips. The first 30 minutes of shooting during this fading twilight ALWAYS yields great shots...and the blue and orange complement each other so nicely in the images.

When we've finished along the pool we move under the dome and shoot some of the symmetry and details. This is a good chance to work on changing the aperture some, and talking about how it changes the shutter speed...also we can begin to delve into white balance a little as well. The sky has darkened now and this is where some people's ‘auto' white balance settings begin to be off and adjustments are needed.

The third stop on our magical night tour is Lombard Street. This place is always crazy. We break up the class into two smaller groups, one shooting up the curvy road, one shooting down it. Both directions offer some different tips and tricks in order to get the best shot, and Matt and I are happy to watch people give us perplexed looks then smile when they see the results on their cameras. I always use a technique here where people cover up their already exposing lenses with their sleeve, and they always look at me like “Are you SURE I'm not going to see my sleeve in the shot?” and then they are giddy when they see the end result and no sleeve. 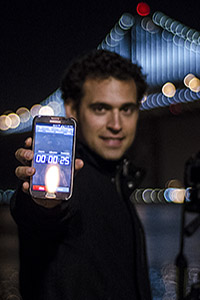 By the time we arrived at the Embarcadero and the wonderfully lit Bay Bridge, now home to the world's largest LED sculpture, Matt and I had already commented on how GREAT the clarity of the night was. There had been a haze in the afternoon, but it burned off magically and left the night crystal clear.

We sell a shot of this bridge (sans LED display) in the gallery, and people are always so enthralled with seeing it...and when we tell them, “You're going to get your OWN version of this image tonight!” I don't think they really buy it...but when they see it on their camera displays, they always smile...it's one of my favorite little things to watch throughout the class. That “hey look what I did!” moment is awesome...and knowing that they know WHY and HOW they did it makes it even sweeter!

On behalf of Brian, Matt and the Aperture Academy team, we thank you for a another great workshop!