The Darkside of Photography Workshop | September 3, 2016

The Darkside of Photography Workshop - September 3, 2016 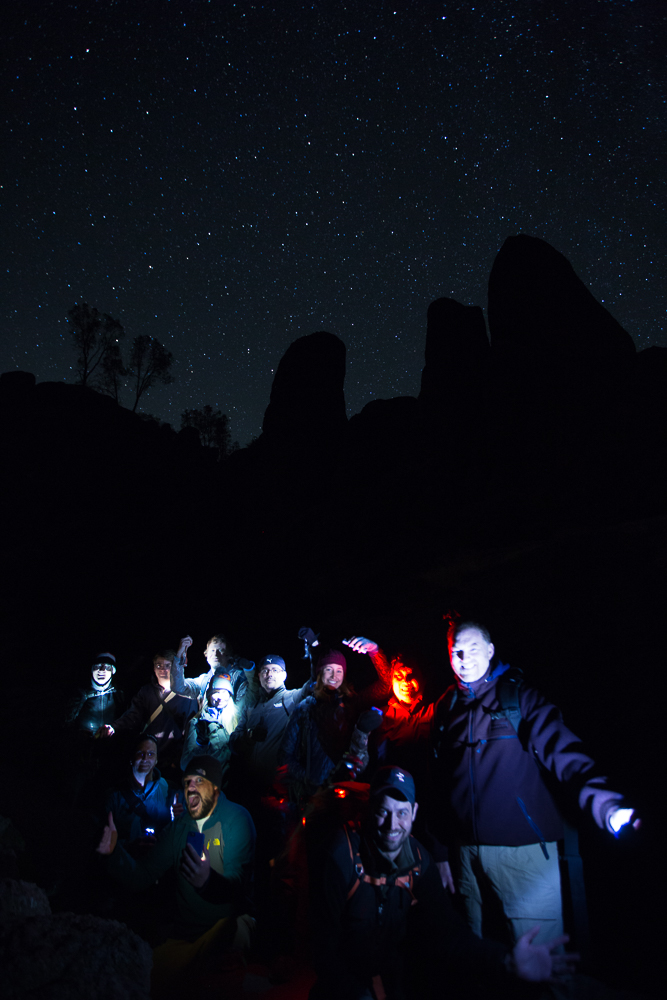 Let's face it, night photography is pretty cool. In the past, photos of stars and the milky way, or even star trail photos, were only capable by the likes of professionals and institutions like NASA. But with the advent of better consumer grade digital cameras and lenses, these photos, which were once relegated as fantasy, are now easier than ever for the hobbyist to achieve.

There's something inherently interesting about the cosmos, and to capture it, personally, like a trophy, I think puts us closer to the stars. That's in part why I appreciate that every month we host a class on this, the "Darkside of Photography," which brings us out into the near wilderness with the hopes of seeing, and catching the night sky above.

My co-host this time was fellow pro-photographer and instructor, Aron Cooperman. We started off the afternoon with everyone in the group meeting us at our studio in San Jose, California. After a brief introduction to each other and a primer on night photography, we headed out, to Pinnacles National Park.

Pinnacles serves as the first ingredient in night sky photography. A very dark place. It's easy to shoot at night... all you need to do is point up and start grabbing frames, but if you actually want to see stars, you'll need to go a little further out away from the light pollution, and Pinnacles is a perfect spot.

After the hour and half drive, we arrived and began our hike out to our shooting spot and took pause to observe (delightfully) the second ingredient: clear weather. As we setup around the reservoir, Aron and I made sure that everyone had their cameras setup correctly. Then we had the group begin to finalize their compositions for the night (once the cameras are setup, they would not be moved until we left for the evening).

As the night began to creep in, we started our image compiling with pinpoint stars and a bit of light painting. Aron and I took turns lighting the rocks in our shot, and after ten or so tries we managed to get it perfect.

Then it became time for the boring part in star trail photography... the wait. Once everyone's cameras were all set to shoot, with timers on, we started collecting the 30 or so shots we would need to make a star trail photo. So we sat and waited in the darkness for about an hour and a half. After a few funny tales and musings to pass the time, we had amassed enough images for well over an hour of total time, and we departed for home. We looked forward to day two, when we would put all the pieces together to make our masterpieces.

So, the whole point of collecting those 30 or so images over the course of an hour and a half was to combine them digitally using Photoshop. With digital cameras, one cannot capture a single 1-1/2 hour long photo, as it would contain too much digital noise. So instead, there's a workaround where you capture many individual photos anywhere from 2-5 minutes each, and then using the magic of Photoshop, combine them all together for the one single photo.

Everyone brought their own laptops and sat down with me as I went through the steps of first using Lightroom to organize the collection of images. Aron played the part of fireman, rushing to answer questions and making sure everyone in the room was on the right track as I talked about the next steps. 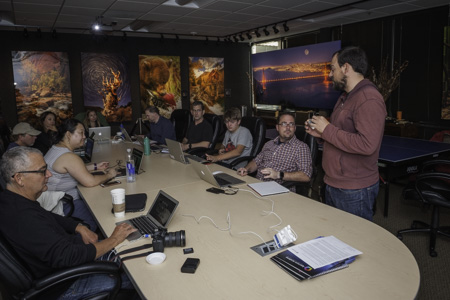 Once every image was brought into Photoshop, we were able to seamlessly pair a collection of star trail photos, with a selection of photos from the light painting phase, and thus create a final image of a light painted rock face, with the stars above turning around Polaris, the north star.

After a couple of extra "sweetening" steps, everyone in the room had a flawless example of what happens when you have the perfect conditions for night sky photography.

Brian, Aron, and the rest of the Aperture Academy team!