The Dark Side of Photography Workshop | June 1st, 2019 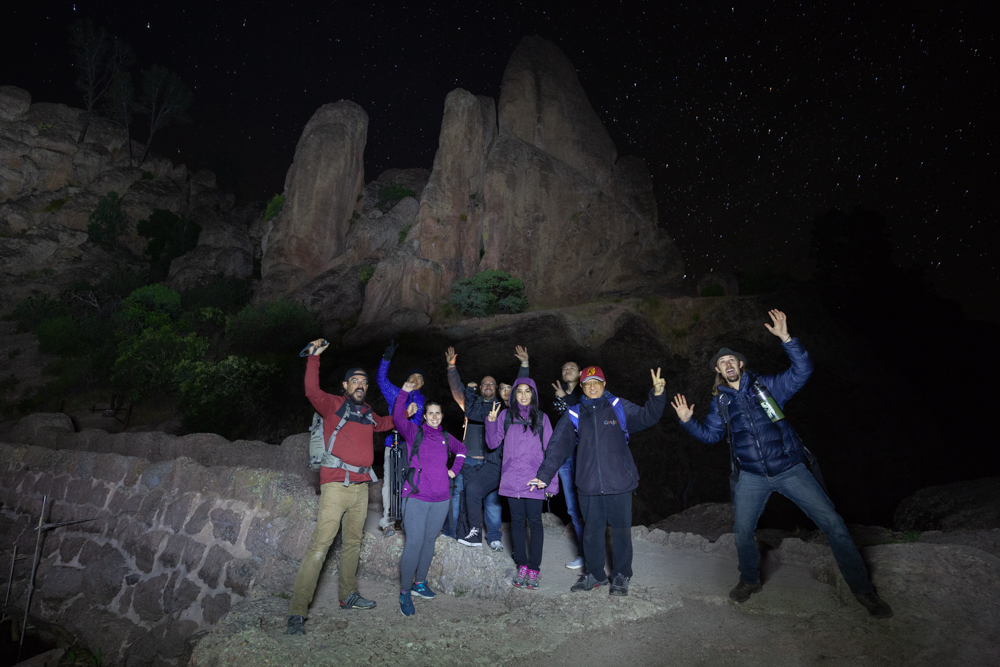 As the sun sets, the world goes to sleep… Not us though. The night time is the perfect time to capture our earth spinning through space. Every few months Aperture Academy hosts a “Dark-side of Photography” workshop in Pinnacles National Park. This park is located close to the bay, yet it is well off the radar for most tourist. The park offers great hiking opportunities and even better photography adventures.

On Saturday evening, Scott and I met with an ambitious group of Photographer’s at Aperture Academy’s headquarters in San Jose California. As per Aperture Academy customs, Scott and I hosted an orientation, so everyone had a chance to get to know one another. After orientation, we piled into the “ApCab” sprinter van and made our way south to Pinnacles National Park. We arrived with more than enough time to hike to our shooting location in the daylight. Once we made it to the reservoir, Scott and I explained a few composition ideas and told the group what to expect. As the sun sank in the western sky, we began to explain the camera settings that we’d be using for the night. 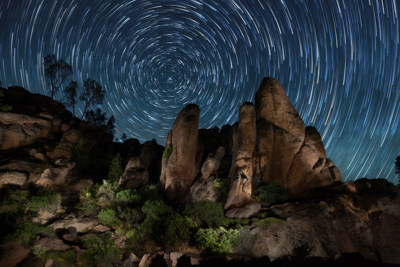 First, we used some flashes to light-paint the giant rocks that the group would be using for their foreground. After a good twenty minutes or so of getting the light just right, it was time to start shooting the stars. The first task was to shoot pinpoint stars over the pinnacles. After taking a few shots, Scott and I instructed the class how to set up their intervalometers. Once everyone was ready to go, we let our cameras fire away for a little over an hour while we discussed photography and hiking stories. Once the shoot was over, we made the slightly darker journey back to San Jose.

The following morning, the group met back at The Aperture Academy gallery to learn how to bring their images to life. Here we discussed importing and editing techniques in Lightroom. Then we gave the group a crash course in masking using various techniques in Photoshop. By the end of the session, everyone had beautiful star trail images from the night before. It always a pleasure to see people tackle the sometimes intimidating task of editing star trails in Photoshop. This group was up to the challenge though, and their images really show!