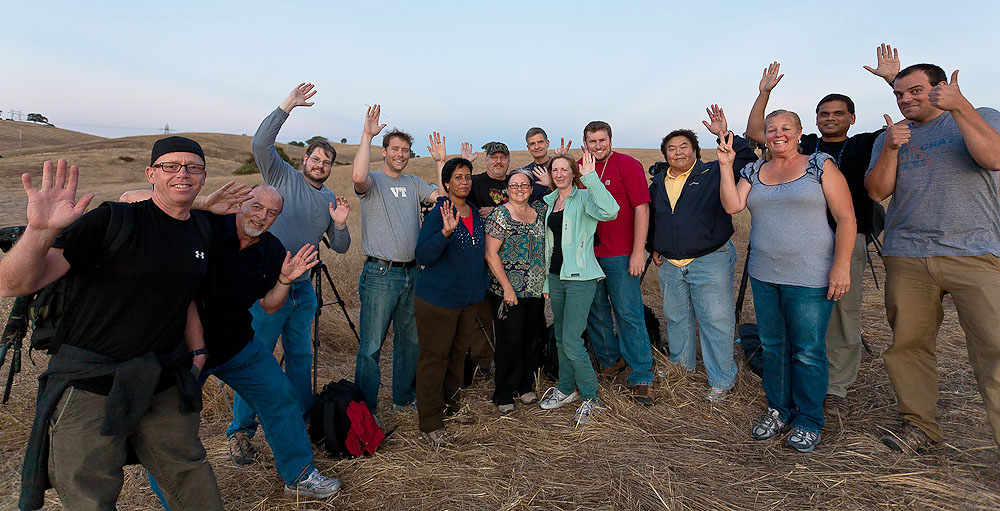 Another beautiful night in San Jose for photography! So many times in photography are spent waiting for the perfect set of circumstances in which to capture the magic of a scene. These exercises can take months, if not years to complete to get the perfect set of conditions for amazing images. Saturday night was one of those rare events for our Darkside workshop. Stephen Oachs himself, along with Scott Donschikowski, shuttled out 12 eager photographers to our location nestled in the Almaden countryside for what was to be a great night of long exposure photography.

After a brief welcome to our guests and explanation of the nights events, we quickly got in the van and brought everyone on location because that night, a full moon had a rise time just as the sun had set, and coupled with that rarity, the weather had changed dramatically in our favor and drastically reduced all the haze that had stuck around the horizon since our last outing almost two weeks prior. 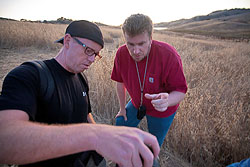 We got everyone set up, tripods and large tele zoom lenses pointed on the horizon eagerly awaiting the rising harvest moon. It did not disappoint. Rising slowly right over a perfectly placed oak tree off in the distance, proved a dramatic beginning to our workshop. Once the light slowly began to fade, and the moon rising out of its composition with the tree, we switched our focus to framing the moon itself, trying to capture all its detail.

The light slowly ebbed away, and the stars began to peer out from the blue sky, and with the last available light we switched gears again and had everyone switch to their wide angle lenses and began composing our shot for the star trails and light writing. Scott was up for the challenge, and after a few miscues with writing backwards (he was a little rusty) and breaking a couple hand held lights (which gave raucous laughter) he succeeded and the students had some pretty cool unique images to take home. 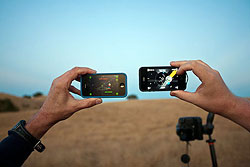 From there we began the last part in the workshop; long exposure with star trails. Stephen and Scott each gave explanations on how to minimize noise by capturing many images and then using a Photoshop stacking technique, having the final image look as though it was one continuous shot. We spent the rest of the night taking frame after frame to build a rather long 45-50 minute exposure, each frame varying between 5-10 minutes each.

After a time, the moon slowly crept into our perfectly placed compositions, which meant the night had come to an end, and right on time to get everyone back into van and back to their respective vehicles to start another journey of processing their newfound images and to try the new techniques they had learned. It was another great night out for The Cad!


Thank you everyone who attended and until next time,

Scott, Stephen and the rest of the team at Aperture Academy!