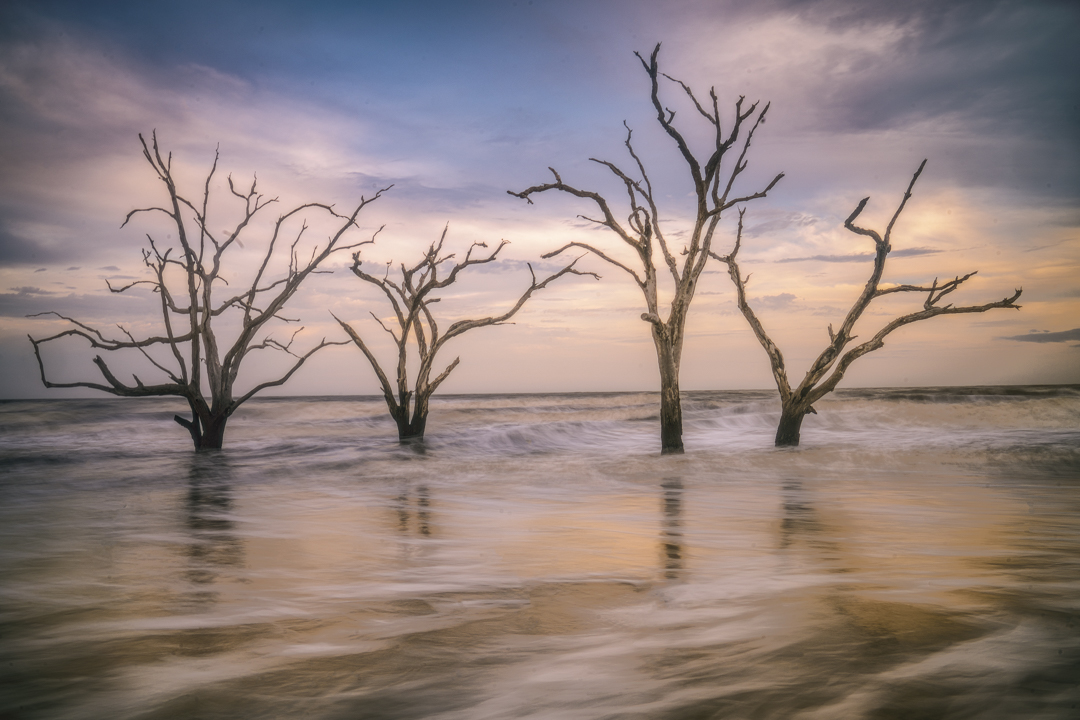 I remember a song when I was in elementary school that talked about the Redwood Highway. I recall seeing it for the first time when I was not much older, and I thought, “Hey, this is the place from the song.” Once you drive down highway 101 and SEE the enormity of the redwoods, it’s unlike anywhere else on earth. We have been waiting for this workshop for a couple of years, and now that the pandemic is (hopefully) starting to move into the rearview mirror, we were finally able to get our group together and have our workshop in the redwoods!

On our first day, we met mid-afternoon for a brief orientation before we set off for a group dinner and our first shooting location. The Damnation Creek trail is one of the best places to see these enormous coastal redwoods. In the evening the light from the setting sun dances and plays on these enormous trees giving some great light, and glow. This time of year the rhododendrons are starting to bloom, and the little blasts of pink color help create some added pop to our scenes. We were still a little early as the flowers had just started to bloom for the season, but there were a few buds for us to shoot. We continued down the trail focusing (pun intended) on the massive redwood groves. Wandering amongst these giants was a great way to spend our first night, but it was only the first of three days! 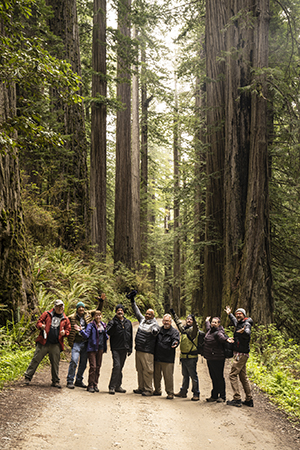 The following morning we started off on Howland Hill Road, one of the best drives through the redwoods. This small dirt road winds through huge groves of old-growth redwoods in Jedediah Smith SP, and eventually along the Smith River itself. Unfortunately, the road was closed for some emergency maintenance, so a change of plans, but we were able to park and walk down a little, and enjoy the morning light. We found a couple of really nice compositions and everyone really loved watching the morning light play on the bark of the trees, and in the distance somewhere, an owl hooted and kept us company.

The next stop was a different part of the park, called Walker Road. This portion of Jedediah Smith has more redwoods, and also has some very interesting textures and colors in the bark and foliage. Walking amongst these giants it’s sometimes easy to get wrapped up looking upwards and miss the beautiful tiny details the park has to offer on the ground.

We rolled back to the hotel for a lunch break, before setting off north to the town of Bandon where we planned to shoot sunset and grab dinner. On our way, we stopped at Thunder Rock Viewpoint to shoot some sea stacks and stretch our legs. We also made a stop at Cape Blanco Lighthouse where we had an unexpected surprise. Tons of lupine blooms along the coast! It was a spectacular sight! In addition to the lighthouse, there is a pretty unique sea stack that looks like a giant tooth rising from the beach. Even though the wind was howling, we were all still able to get some beautiful images of the flowers scattered along the coast and the cool sea stacks.

Our goal for the evening was Bandon Beach, an awesome spot with tons of interesting rocks, and sea stacks to work with. The weather was a little gloomy, but we still sought out and found some awesome little compositions to work with, and even a cave we could shoot out of for a different viewpoint. It was a nice cap to a long day in the field. We made our way back to the hotel for a good night's sleep as we still had one full day left!

The next day we returned to Howland Hill Road. This time it had reopened to the public, so we spent the entire morning driving along the road, stopping quite often to get out and photograph the various groves of redwoods. We even found a few rhododendrons in bloom! The light changes so often in the forest that it’s easy to get lost in the moment and lose track of time. Before we knew it, it was after 10am, and we had spent a solid 4 hours in the park! 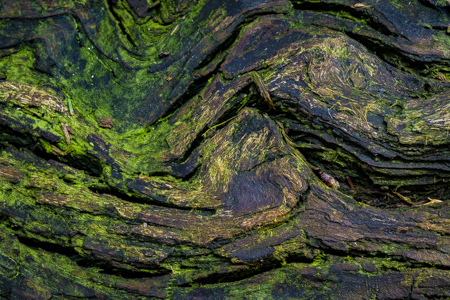 That afternoon our group got together to process some images, and this is always one of my favorite times during a workshop. Seeing all the different ideas and compositions the group has come away with is so much fun. Most of this group has been shooting for a while, so they happily sat and processed, but it’s still fun to offer up a tip or trick now and then to help make those images pop!

And that evening we set off again along the coast. We made stops at Arch Rock, to photograph a few more sea stacks, as well as a tiny little beach called Whale’s Head beach. Here the group worked with a few sea stacks and some great reflections and texture in the sand. Before sunset, we stopped off in the town of Brookings for some awesome food along the harbor before going to Harris Beach to shoot sunset. We lucked out and had some awesome color in the sky. Add to that color, a bunch of awesome rocks and sea stacks and it made for some amazing compositions. Towards the height of the color, the sand was reflecting the sky beautifully, making for some really cool images. Several students were trying out some different exposure lengths to get interesting effects in the water. I think our students will all agree that it was a beautiful way to conclude a long but amazing workshop!

Brian and the rest of the Aperture Academy Team!