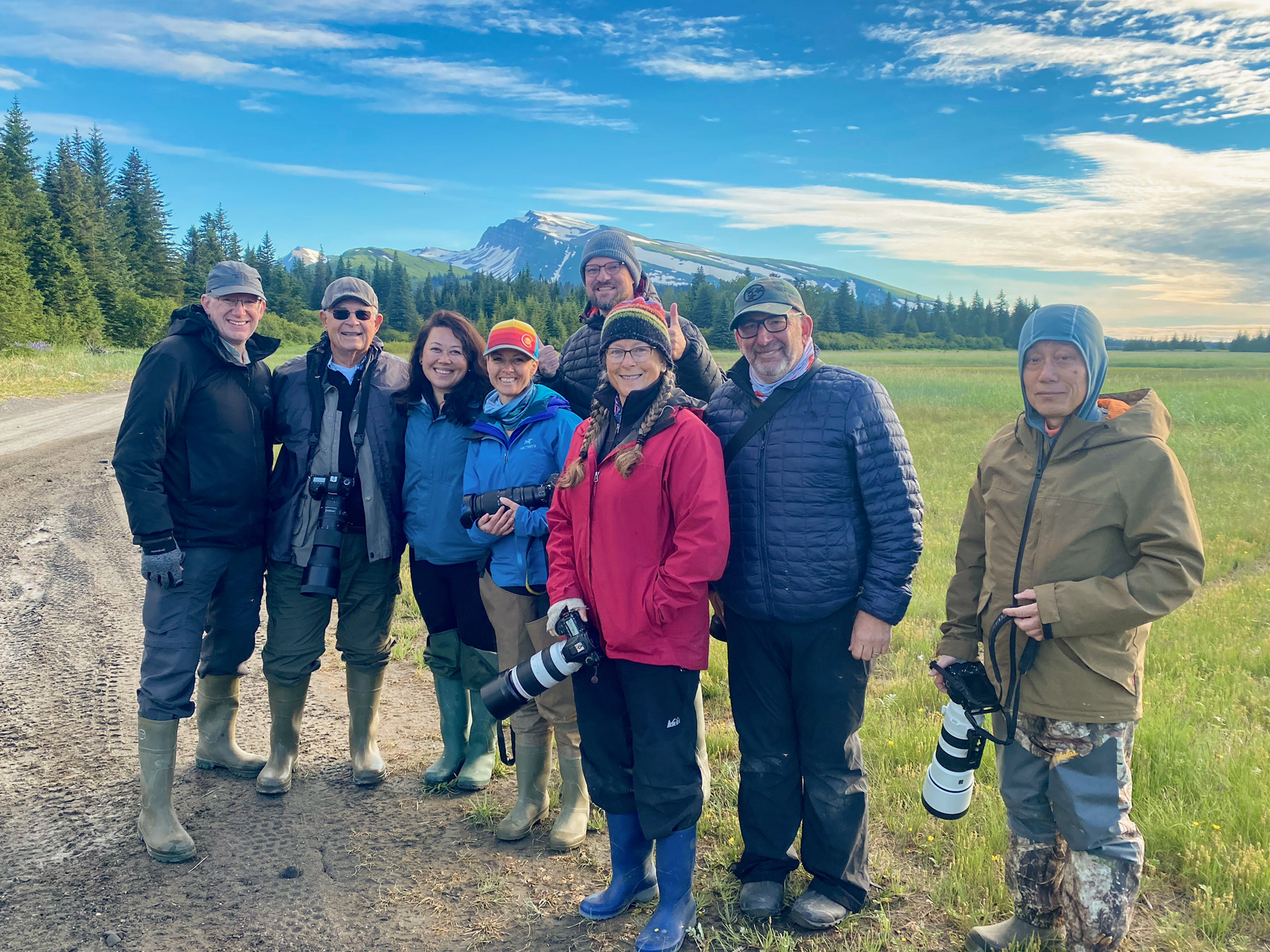 Grizzly Bears are one of North America’s apex predators. They’ve struck fear, awe, and excitement into people for centuries. If you ask anyone in Yellowstone or Glacier NP the one animal they’re hoping to see, I would bet 97% of them would say a grizzly bear. Traffic Jams in these parks are called “bear jams” for JUST this reason. While these parks offer visitors a chance to see one of these magnificent creatures, the regulations and rules only allow viewing from 100 yards or more. The chances of seeing one of these creatures up close and personal is very rare, and not recommended. If you told someone you were going to go spend time with grizzly bears up close, they would probably call you “crazy” and refer you to the documentary “Grizzly Man” where Timothy Treadwell spent time up close with grizzly bears, and ended up being on the menu in the end. To most people spending time with bears in an intimate setting is terrifying, but there are a few spots in Alaska where these large omnivores have grown acclimated to people, and have learned to live with them, and the people with them. It’s a special, special place, one I love to bring people to each year.

I met my group outside of the Lakeview Hotel where we were shuttled to the local airstrip and taken by small plane an hour and a half outside of Anchorage to the edges of Lake Clark National Park for 4 days of 5-star living and photographing coastal grizzly bears. Everyone was really excited to get going, and the small planes we fly in really help cement the fact that you’re leaving your comfort zone for something amazing. 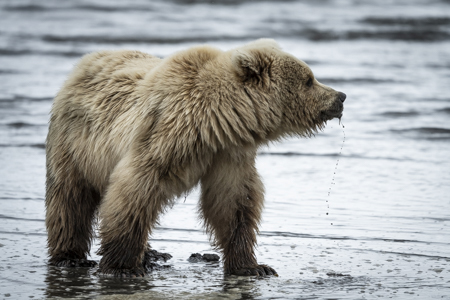 Our planes touch down on the beach runway a few hundred yards away from the lodge, and from there we were transported in wagons behind an ATV. These wagons would be our chariots for the duration of our time here at the lodge. We drove the 2 mile route laid out by the NPS, and started our search for bears. When a bear is spotted, we leave the cart and go photograph it. Yes, we leave the safety of a cart to go walk UP to a full grown grizzly bear. It’s awesome.

It didn’t take more than a few minutes to find our first bear, and in reality there was always a bear nearby to photograph. It’s what makes this place special. Grizzly Bears this time of year survive primarily on a diet of sedge grass and clams. When the tide is out they head to the beach and dig up razor clams to munch on. When the tide comes in they migrate to the meadows to eat grasses and roots. It’s a pretty solid routine. Bears need to pack on the pounds during the summer to put them in a good spot for hibernation in the winter, so eating is a FULL time job. Thankfully it never gets dark in the summer so they can eat 24-7. In addition to all that eating, May and June are also mating times, so it’s not uncommon to see larger male bears in the area chasing the females around. For this reason, many of the mothers with young newborn cubs stay out of the meadows until middle to late June to avoid having their young killed by a male bear looking to mate. There was one mother bear with 3 young cubs spotted in the area a couple days prior to our arrival, and we all hoped we would find her. Thankfully there were PLENTY of other bears in the area to photograph while we searched. This time of year the bears haven’t molted, so they look like little teddy bears.

Driving around looking for bears is hard work, and thankfully there’s a chef and amazing staff at the lodge to make us gourmet meals 3x a day. Whether it’s fresh halibut fillets, or breakfasts made to order each morning, there’s always something delicious waiting for you when you return.

One particular day we got to head out on a boat trip to view puffins and other water birds. The water was very calm and we really had a great time! Oliver, our captain, had a great wealth of knowledge in terms of the area, including an old canning settlement we passed along the way. Photographing puffins was challenging, but so much fun!

Bear photography is always fun! We witnessed mating bears, bears playing and running through the meadows, clamming bears, sleeping bears, standing up bears, and pretty much every kind of bear you’d want to see, except the mother and her cubs. To be fair, that’s pretty standard for this time of year, so it would’ve been a real unexpected treat and out of the ordinary to see. Everyone got so many awesome shots of all the other bears we'd seen so far so we had a super happy group. 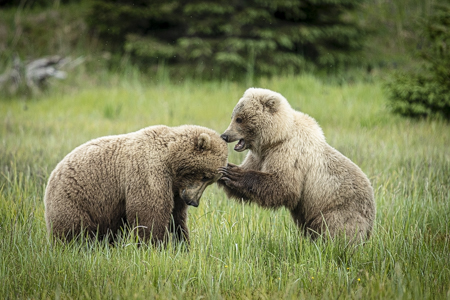 The guides from the lodge refrain from giving the bears names to avoid getting too attached to them, so they classify the bears based on some kind of characteristic. “Crimp ear” “Old Sow” (for the record nobody wants that as a moniker) “Blonde Cub” “Collared bear” Though Mark, our guide used these names for bears, our group came up with names like “Evil Bear” and “Snuggle Bear” to describe them.

From a technical standpoint this class is pretty easy once I go over the basics of the settings we’ll use, then it’s just reminding people to get lower to the ground, shoot vertically, and occasionally addressing a weird glitch or issue within a camera.

All in all this was one of the best trips to the lodge. There were tons of bears to photograph, the group camaraderie was awesome, the food was the best it's been (and it’s always good) and the weather was never too cold, too wet, or too sunny, so we had a mix of all kinds of different light. I really enjoyed this experience and our awesome group, and I could tell by all the smiles and images the group got, they had a blast too!