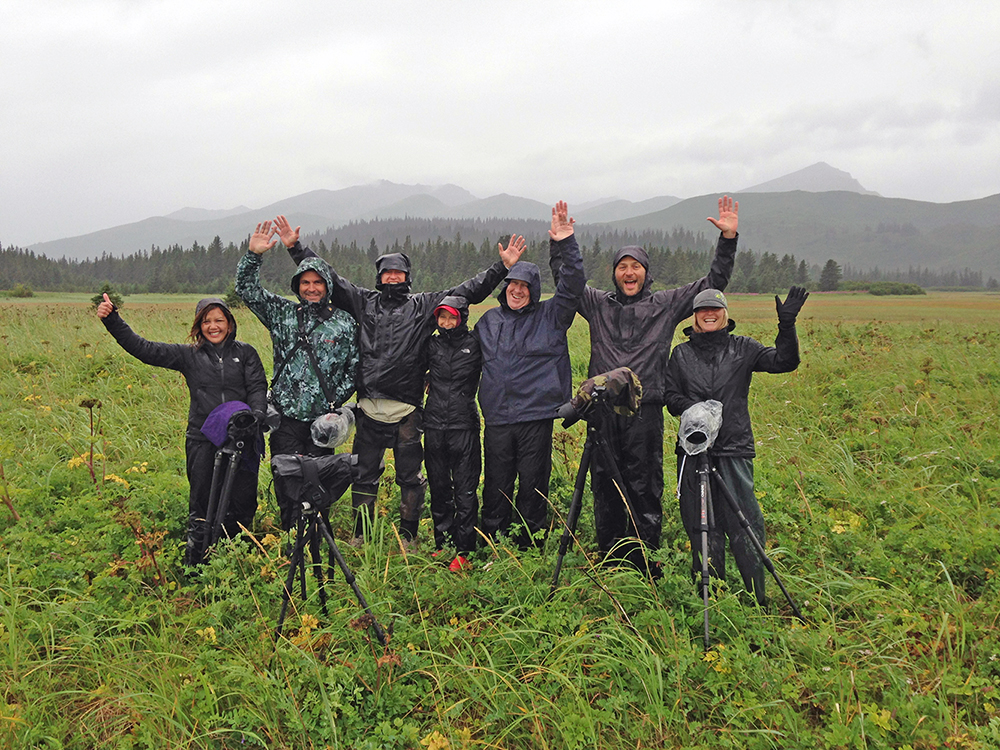 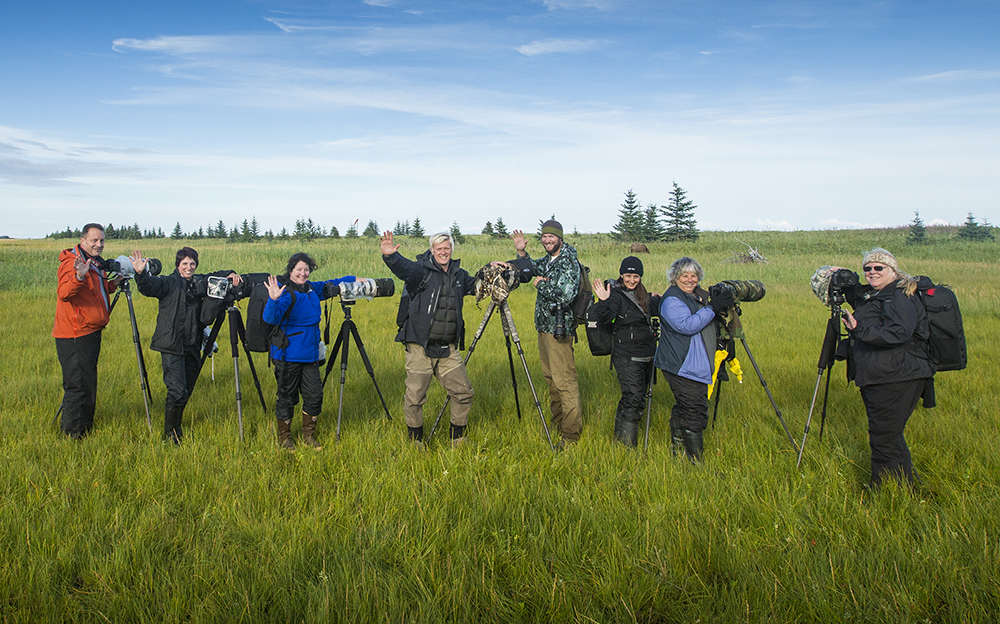 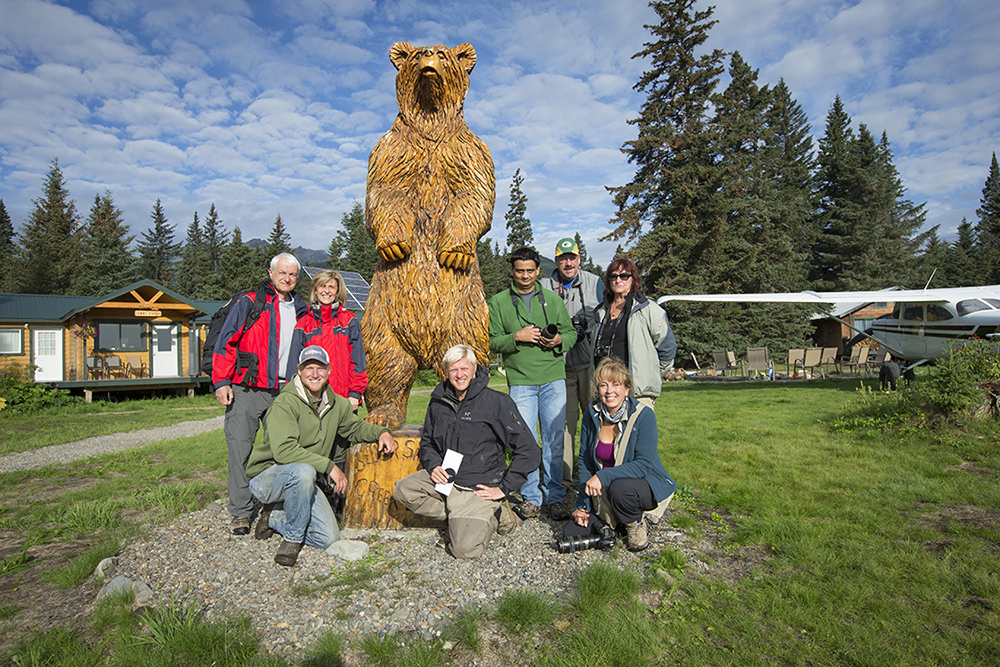 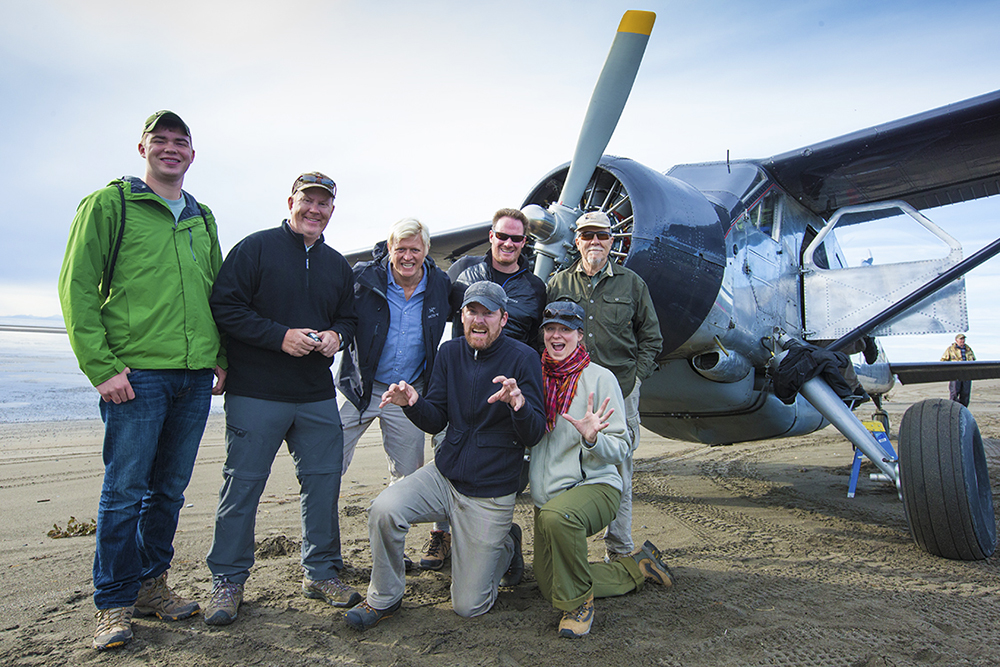 Wow! Our first Aperture Grizzly Bear Workshop season has come to an end and what a resounding success it was. Four workshops back to back, taking place in some spectacularly stunning Alaskan settings, and yes, numerous close encounters of the Grizzly kind were shared among all our groups. As one might imagine, each session was both similar and different in many ways. On the similar front, every group experienced a multitude of amazing opportunities to photograph wild Alaskan Grizzly Bears in their natural habitat. No fences, no enclosures, no vehicles to hide behind but rather an intimate natural experience where extremely tolerant bears allowed us to share their days with them as they went about their daily routines of feeding, foraging, raising their cubs, and everything in between that coastal brown bears do in their lives. There were times that we photographed from 100 meters away and then there were times that the bears approached to within 15 meters (sometimes less) that made for some stunningly detailed imagery. Its not too often one photographs wild Grizzlies with a 50mm lens and still manages to fill the frame.

Our days were structured around the bear’s daily movements, which in turn were highly influenced, by the weather, tidal patterns, and food availability. Suffice to say, everyone in all the groups was eager to greet the day and find our first bears.

Day 1. The first day (or I should say morning) of the workshop started in Anchorage where we boarded our privately chartered bush planes that would fly us over some truly beautiful Alaskan wilderness en route to our remote lodge. The flight is a little over an hour but time literally flies, as there is plenty to see. In the distance were snow capped volcanic mountain ranges that helped make up the famous “Ring of Fire” string of volcanically active mountain ranges that stretches for thousands of miles down the west coast of North America on down to South America. Below us in the verdant green coast, we sometimes caught sight of moose, roaming bears, and on one occasion, a pod of beluga whales congregating at a river mouth. The flying is all VFR which means if the rainclouds or fog starts to drop in elevation, so do we. On more than one occasion, we found ourselves flying only 100 feet or so above the terrain, which was super fun. Upon landing which is an experience unto itself as we dropped onto whatever stretch of sloping and narrow beachfront that presented the best landing option. Sometimes a bear walking down the beach would cause a slight change of course but all in all, it made for a great introduction to the skill and flying talents that Alaskan Bush pilots are known for. Gear unloaded, packed on to our waiting All Terrain Vehicles (ATV’s), we made our way to our comfy lodge that would be our base of operation for the next four days.

After a quick orientation on bear safety and etiquette, we quickly organized our photo gear, hopped onto our waiting ATV’s and made our way out into the field in search of Bears. It didn’t take long as our lodge location is one of the best places in Alaska to predictably find and photograph coastal brown bears. Our first bear sighting always elicits excitement. OK, actually every bear sighting elicits excitement but the first is always a special memory. For most, this is the first time they have seen Grizzly Bears in the wild. Couple that with the fact that we are walking towards them, photographing in very close proximity, it’s easy to understand the thrill. The day is full of photography, weathering the famous Alaskan weather, most notably the sporadic rain showers, and fortifying ourselves with some mouth watering home cooked vittles served by truly skilled culinary artisans/chefs. Photo cards full, bellies full, what a first day!

Days 2 and 3. For all the workshops, the next two days proved to be very productive. Each workshop had its share of great bear photography coupled with wet weather mixed with the occasional sunny breakthrough, then back to moody dramatic skies, a bit of drizzle, some mosquitos, more bears, drizzles, rain, sun and then the process beginning all over again. Par for the course as far as summer weather goes for coastal Alaska. Our evenings were spent discussing the day’s images, editing and post processing, and of course, eating great food. Let me emphasize that last statement. Our chefs spared no effort to treat us to some amazing meals. Fresh caught Alaskan salmon, homemade breads, our own garden grown vegetables, homemade berry cobblers were just some of the numerous tasty highlights. Just like the bears, it felt like we were preparing for winter hibernation with the amount of scrumptious belly busters we were treated to. However, one of our groups (and you know who you are) generously got even for their increased waist size by introducing the entire lodge staff to a local German libation that resembled something like vanilla schnapps. It was quite delicious and seemed innocuously smooth and unthreatening. Hmmm, it’s a sneaky little drink and that’s all I’ll say about that.

Day 4. An early morning wakeup enabled us to seek out bears in the first light of the day. Despite the occasional weather challenge, we all managed to find some final beautiful images before heading back for a leisurely breakfast, a final wrap up and a bush flight back to Anchorage.

This workshop series was so much fun for me and judging by the amount of smiles, laughs, good times, and of course, a wonderful and wide selection of Grizzly images captured, I’d say this was one those experiences of a lifetime for most all that participated.

I first began working with Grizzly Bears as a bear biologist over 20 years ago and I can honestly say, these animals are as exciting to watch, observe, and photograph today, as they were those many years ago. I think every one of our participants will agree. A hearty and heartfelt thank you to all those who joined Aperture Academy’s Grizzly Bear Workshop season 2013! I look forward to seeing all you on future workshops and sharing another great photographic experience. And for those thinking of joining us next season, I can’t wait!!

Scott and the rest of the Aperture Academy team